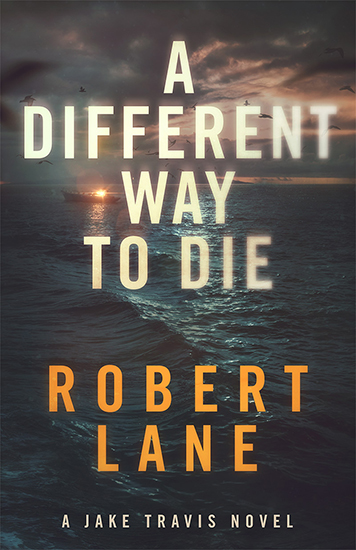 A Different Way to Die

Some secrets are worth dying for. Some deaths are best kept a secret.

Twenty years ago, Christopher Callaghan perished in a boat fire on the west coast of Florida.

Now Christopher’s uncle, Yankee Conrad, has received a medallion belonging to Christopher. A ransom note demands payment in exchange for the truth of what really happened that night. Conrad asks Jake to investigate.

Jake tracks down two women who knew Christopher. But they are guarding secrets, pledges born in the past and honored in the present. He suspects that one of these women is connected to a ring of Russian sleeper agents known as the Network. Jake also believes that Yankee Conrad harbors ulterior motives.

As the shocking truth about Christopher Callaghan’s death is exposed, Jake is caught in a master spy’s deadly web. He battles to save the lives of those who trust him—as well as his own.

“Jake Travis is one of the best leading men to take the thriller fiction stage in years.”
—Florida Weekly

“A Different Way to Die is hard to put down… right up to its surprise conclusion. That Lane can create such an expansive story, yet keep the action nonstop, is to his credit. A must for any thriller and mystery enthusiast.”
—D. Donovan, Senior Reviewer, Midwest Book Review

“The story will hook you from the start and is easy to read as a stand-alone. An exciting book and highly recommended.”
—Readers’ Favorite

“Cerebral, suspense filled, and unpredictable. It was with a heavy heart that I turned the last page.”
—Readers’ Favorite