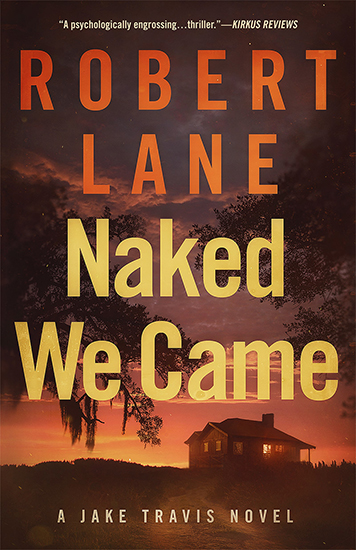 Jake Travis confronts his tragic childhood for the final time, thirty years after his sister disappeared.

Jake was only seven when his older sister, and only sibling, was abducted from a motel in Florida during a family summer vacation. She went to the room to get the book Matilda. She was never seen again. Now the man who was once the primary suspect has washed up on a beach near his home. He penned a confession just days before his mysterious death, admitting to killing the young girl. Jake suspects that the confession was forced and the DNA was tainted.

Powerful men have a vested interest in keeping Jake from learning his sister’s fate. Undaunted, Jake vows to “kill the man who killed my sister.” His vengeful pledge explodes into unimaginable repercussions and scorching self-examination. As his frantic search to unveil his sister’s fate climaxes, Jake learns that the longest roads lead to the beginning.

Finalist for the 2017 Foreword Reviews Book of the Year Awards
“Naked We Came is an emotionally austere and endlessly surprising thriller that brings new depth to the Jake Travis series. Replete with the wit and charm that characterizes Lane’s singular style, this is a thriller with heart.”
—Foreword Clarion Reviews

“A psychologically engrossing… thriller. Lane artfully constructs an intricate mystery around the equally complex psychology of the protagonist.”
—Kirkus Reviews

“Jake is sharp and humorous. A perfectly imperfect hero. A taunt, tense, psychological thriller with an exciting plot.”
—Readers’ Favorite
“This heart-racing thriller is dripping with style.”
—Florida Weekly